The proposed STEP project; Shannon Technology and Energy Park, supports Ireland’s green transition. It combines a marine import terminal for Liquefied Natural Gas (LNG), a gas fired power plant and a battery energy storage system. Ireland’s scheduled closure of oil and peat-fired electricity generation means that natural gas is expected to play an important role as back-up fuel for non-variable generation. This is needed to support weather dependent renewable energy sources such as onshore and offshore wind. A strong increase is expected in Ireland’s gas import dependency. This is further challenged by the fact that until now the country has only a single supply point. The STEP’s import terminal will enable LNG supplies to be sailed in from anywhere in the world.

Shannon LNG Ltd. required a comprehensive and detailed numerical study of underwater noise from construction of the LNG terminal and various operational scenarios. The predicted acoustic data was needed for the external marine biologists who were assessing the impact on local marine life in the Shannon Estuary. A fair and objective study was needed to form part of an Environmental Impact Assessment Report for the Irish Regulators, An Bord Pleanála.

We set up detailed underwater acoustic models for the Shannon Estuary, with careful representation of bathymetry and multi-layered seabed properties. The model types included Parabolic Equation and Beam Tracing, together with Statistical Energy Analysis. For the best acoustic representation of the LNG terminal’s Floating Storage and Regasification Unit (FSRU), complementary real-world source measurements were taken at a similar, existing vessel. Several construction activities were modelled in the study, including impact and vibratory pile driving for the jetty, and underwater noise resulting from on-land rock blasting.

For a fair representation of the operational phase, various noise source combinations were modelled involving the FSRU, tugboats, an LNG carrier, and a transiting cargo ship.

The applied approach addressed a wide frequency range and allowed for the determination of the multiple metrics needed for a comparison against up-to-date acoustic criteria for the marine species living in the Shannon Estuary.

Our modelling provided the required inputs for the biological acoustic impact assessment used in the Environmental Impact Assessment Report (EIAR), addressing several scenarios of construction and operation. This provided a solid basis for the subsequent assessment by the Irish Regulators.

Vysus’ acoustic engineers did a great job at implementing the many changes in modelling scenarios and adding new types of noise sources along the way. Their attitude was always professional, and they presented their results in a well documented report that conveys confidence. 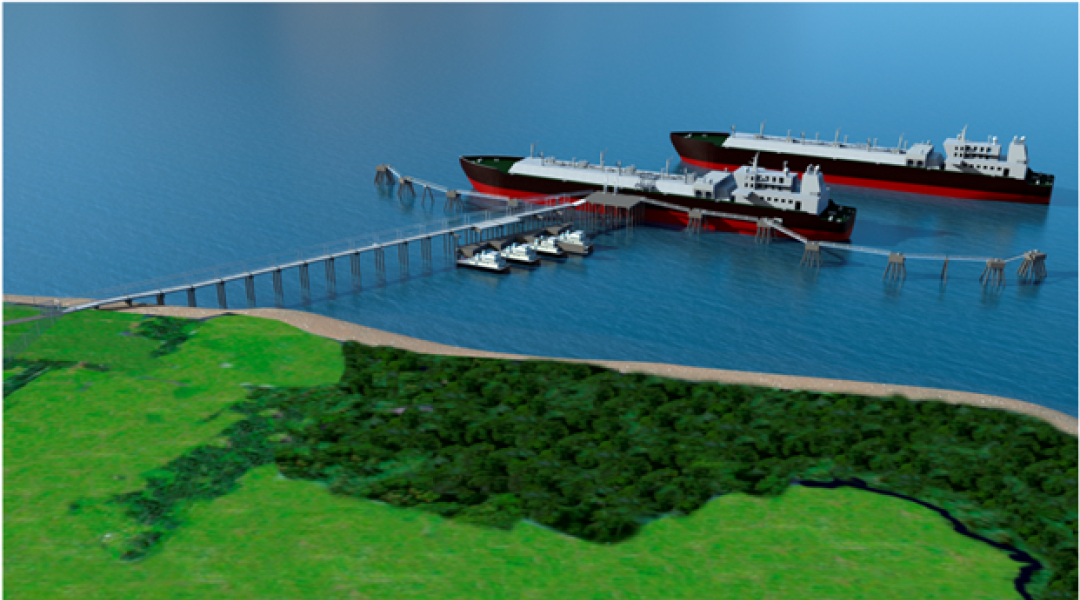