In our opening blog on Achieving Net Zero, we introduced four upstream challenges from the Oil and Gas Authority (OGA). Here, we explore the first of these: to commit to clear measurable greenhouse gas (GHG) targets.

If we are to see a low-carbon world, with nationally determined contributions met globally, having clear emissions targets is a must. It is also a commercial imperative for the oil and gas sector. Market forces will increasingly push for low-carbon solutions and proposals for new carbon taxes are likely to be implemented sooner, rather than later.

Targets will lead to operational improvements, flagged as a priority by the OGA. On the road to Net Zero, this is regarded as a relatively accessible way of reducing emissions, before considering step changes in operations (fig. 1 refers). The latter will require significant investment in new renewable connections for platform electrification or emerging technologies (for offshore carbon capture and storage and integrated energy hubs).

Increasingly, companies are required by law to report information on their GHG emissions. 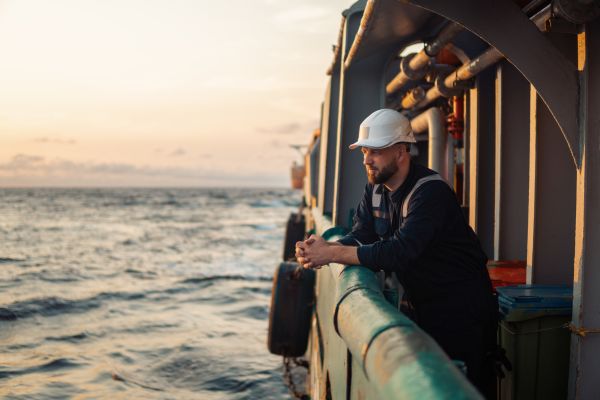 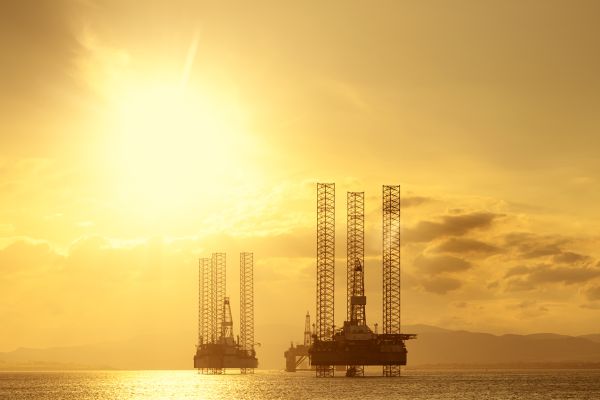 As successes are pursued nationally, no doubt they will be shared to support operators. But to make meaningful, effective operational improvements anywhere, there is an essential, initial task. First, organisations must establish a clear baseline for effective emissions accounting, based on well-defined rules where they exist (for example, regulation-based schemes such as EU ETS using ISO 14064) or adopting standards for consistency where industry must lead. Only then can an organisation set objective targets for incremental improvements, based on operational realities and business priorities. Asset age and location, and a field’s future productivity, will be key considerations. 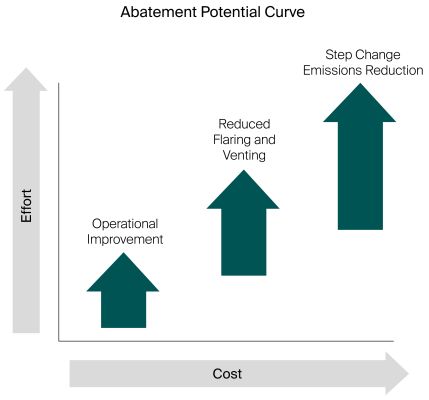 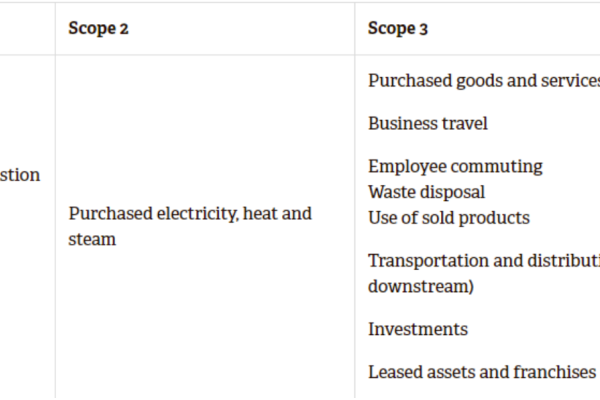 Increasingly, companies are required by law to report information on their GHG emissions. This is a subject of ever-tighter scrutiny, with clarity around scope and boundaries to ensure comparison among peers, a must.

In the UK, The Large and Medium-sized Companies and Groups (Accounts and Reports) Regulations 2008 (part of The Companies Act 2006 (Strategic Report and Directors’ Reports) Regulations 2013) requires quoted companies to report information on GHG emissions in their Directors Reports. Additionally, quoted companies (defined by this Act) must report on environmental matters and impact. For financial activities after April 2019, three groups of companies will also need to comply with the UK government’s Streamlined Energy and Carbon Reporting (SECR) policy: quoted companies, unquoted companies incorporated in the UK and defined as ‘large’ under the 2006 Act, and ‘large’ Limited Liability Partnerships (LLPs). SECR effectively replaces the Carbon Reduction Commitment (CRC) Energy Efficiency Scheme, requiring some 12,000 companies incorporated in the UK to disclose their energy and carbon emissions. There are different rules for the company types.

Defining the terms of reference for emissions accounting and reporting is critical, including the period of reporting, accounting principles and scheme rules. This is not as straightforward as it should be, given the complexity of requirements which have evolved over the years. Industry faces an array of regulations, schemes, standards, recommendations and guidance, with the very real issue of ensuring consistency for environmental reporting. While it is a maze, the answers are out there, taking a lead from ISO 14064 and, for implementing improvements, ISO 50001.

Next, comes setting the boundaries – asking what’s in and what’s out? – before attempting to calculate an organisation’s carbon footprint. Any improvements can only be seen, and reported on, with an accurate, transparent baseline. Operations are on- and offshore, with emissions broken into three scopes by the OGA (see fig. 2). Scope 1 covers direct emissions and Scope 2 and Scope 3 indirect emissions. While Scope 3 remains aspirational for many, we are seeing movement this way. For example, the proposal to adopt a supply vessel fleet with hydrogen hybrid propulsion for Mittelplate drilling and production (German North Sea). We are also seeing CO2 performance beginning to appear in tenders and the sales literature of supply chain providers. Our experience over two decades in quantifying and verifying emissions data for clients informs a best practice that covers all three scopes. For Scope 3, this has recently included purchased goods and services, waste disposal and transportation.

We are also seeing CO2 performance beginning to appear in tenders and the sales literature of supply chain providers.

GHG emissions are, of course, broader than CO2. Directly and indirectly, they include combustion and process emissions from operated and non-operated assets for CO, CO2, NOx, Sox and VOCs. Not forgetting CH4, which soon adds up. Our next blog will focus on methane emissions and reducing flaring and venting opportunities (the second item on OGA’s road map, see fig. 1).

With clear procedures and a baseline for quantifying, verifying and reporting GHG emissions, a business can confidently integrate its plans for emissions reduction. This will bring the added benefits of loss prevention, energy efficiency and maximising economic production.